Prior to joining the English Bar, Grace worked as a trainee solicitor and then as an Associate at the Hong Kong and London offices of Slaughter and May, where she assisted with high-profile international commercial transactions and advised clients including the Department of Energy and Climate Change, Prada, Cathay Pacific Airways, MTR Corporation Limited, Moody’s and Standard Chartered plc. She has taught law at undergraduate level at the University of Oxford, King’s College London and the University of Warwick, and was a Visiting Professor at the National Taiwan University and the National Chengchi University where she taught courses on FinTech and Derivatives, and International Business Dispute Settlement respectively.

Grace was judicial assistant to the Honourable Mr Justice Blair when he was the Judge in Charge of the Commercial Court, and has assisted Professor Ewan McKendrick with the latest two editions (i.e. 5th and 6th editions) of Goode and McKendrick on Commercial Law, a widely-used text by practitioners and academics, including assuming primary responsibility for updating chapters 38 (commercial litigation) and 39 (commercial arbitration) of the book. She has published articles in leading journals including a piece co-written with Sir William Blair in the Bank of Italy’s Legal Research Working Papers. Grace has also coached mooting teams from the University of Oxford and The University of Hong Kong in prestigious international mooting competitions. She has been a judge at the Price Media Law Moot Court Competition held at Oxford, the Nelson Mandela World Human Rights Moot Court Competition held at the United Nations in Geneva, and the ICC Hong Kong International Commercial Mediation Competition. Grace has also sat as an arbitrator at the CIETAC Cup International Commercial Arbitration Moot Competition held in Beijing, the Foreign Direct Investment International Arbitration Moot, and at the inaugural online hearing of the Willem C. Vis International Commercial Arbitration Moot.

Grace obtained a First Class Honours degree in law from the London School of Economics and Political Science and the Bachelor of Civil Law postgraduate degree from the University of Oxford. She is fluent in English, Cantonese and Mandarin Chinese and has a working knowledge of French and Spanish, and previously assisted at the World Trade Organisation ministerial conference. Her ‘A day in the life of’ column was featured in Family Law LexisNexis. Grace was also featured in the Chancery Bar Association’s ‘Meet the Chancery barristers’ career’s guide.

If you would like any further information regarding Grace Cheng’s practice, please contact her clerks or call +44 (0)20 7405 6114.

Assisted with the following matters at Slaughter and May:

Assisted with the following decision given by The Board of Appeal of the European Supervisory Authorities, as Judicial Assistant to The Honourable Mr Justice Blair:

Grace has assisted Professor Ewan McKendrick with the latest two editions (i.e. 5th and 6th editions) of Goode and McKendrick on Commercial Law, a widely-used text by practitioners and academics, including assuming primary responsibility for updating chapters 38 (commercial litigation) and 39 (commercial arbitration) of the book. She was previously an associate editor of the Oxford University Commonwealth Law Journal. 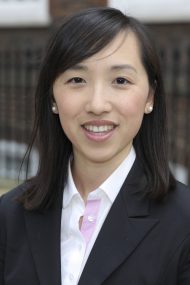