Ruth Cabeza is a specialist family law practitioner who takes a sensitive, solution focused approach to achieving her client’s goals. Unafraid to challenge accepted wisdom, she has been at forefront of developments in adoption and surrogacy case law.  The breadth and depth of her knowledge and experience across all fields of family law, enables her to provide a holistic, sometimes creative, and always well informed analysis of the relevant legal and factual matrix.

If you would like any further information regarding Ruth Cabeza’s practice, please contact her clerks or call +44 (0)20 7405 6114.

Ruth is regularly instructed in public law children work at both first instance and court of appeal level. Acting for local authorities, parents, guardians and intervenors, she has extensive experience in this field and is often instructed in cases that involve one or more of the following complicating factors:

Ruth is well versed in the various international instruments that govern mutual recognition and enforcement of adoption/parental responsibility orders. As a member of IAFL she often well placed to advise on suitable experts when cases involve the law and practice of Family Law outside of England and Wales, including in relation to orders/procedures/timescales/costings for obtaining mirror orders/declarations of enforceability in other jurisdictions.

Ruth is frequently instructed to advise and act in relation to matters concerning adoption including:

Ruth has acted for intended parents and guardians in surrogacy cases since 2010 and has been involved in several of the key cases where guidance has been given to the profession. She is able to give sensitive and practical advice on all aspects of obtaining a parental order. She has recently co-authored Surrogacy: Law Practice and Policy published by Lexis Nexis in 2018.

Ruth is sensitive to the complexities that arise out of disputes between parents in relation to their children and seeks to get the heart of her client’s underlying concerns so that where possible workable arrangements can be successfully negotiated, and were a negotiated outcome is not possible she will vigoursly pursue her client’s case at trial.  With over 18 years experience of these cases she is familiar with a very wide range of applications, including disputes involving:

Ruth has been consistently recognised as an expert in her field by the Legal 500, which has ranked her as a leading junior each year since 2008 up to and including 2021.

In 2016 Legal 500 said she is ‘Knowledgeable and experienced in cross-border adoption and surrogacy cases, and particularly strong on domicile issues.’

In 2017 Legal 500 said she is ‘Knowledgeable in the areas of international and adoption law.’

In Legal 500 2021 she is described as being “A calm presence in court and reassuring to clients. Always has a clear view on case direction and strategy not only legally, but taking into account the emotional context that can often be the key to unlocking how a matter would be best progressed.”

Ruth was ranked as a leading junior by Chambers and Partners in 2017 to 2021.

In 2017 Chambers and Partners stated that Ruth is a ‘Highly regarded children law barrister sought after for her expertise in international children law matters including adoption, surrogacy and abduction. She has been involved in landmark cases that have advanced the law.’

‘She is the go-to person for cases involving inter-country adoption and has notable skills in child trafficking and Hague Convention abductions.’

In 2018 Chambers and Partners stated that  ‘Ruth has a wealth of knowledge in complex care proceedings and cases with a foreign element to them. She is always a pleasure to work with.’

In 2019 Chambers and Partners stated that “She’s a very robust practitioner, who is an expert in the field of international adoption.” “Fiery and forceful in court.”

In 2021 Chambers and Partners she is described as having ‘great gravitas and is a good, solid, all-round performer.’

Ruth has also received several personal recommendations from solicitors and social work professionals with whom she has worked and these can be viewed on her LinkedIn. 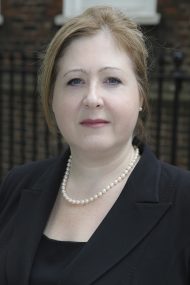