Sarah read for a BA in Jurisprudence at Oxford University before joining the Bar.  She specialises in housing and public law in both England and Wales.  Her practice incorporates homelessness, anti-social behaviour, landlord and tenant, human rights and Equality Act 2010 issues.

Sarah regularly appears for individual applicants (including tenants and homeless people) as well as for local authorities and other public authorities, such as private registered providers of social housing and registered social landlords (in Wales).

Sarah appears regularly for, and advises, homeless applicants and public authorities in homelessness appeals, including second appeal and judicial review claims.  Her homeless work covers those who are homeless, eligibility, intentionality, priority need, local connection, out of area placements, suitability of accommodation (including suitability of temporary accommodation) and whether a fresh application must be accepted by the local housing authority.

Sarah is a Deputy District Judge. She is also a trustee of the London Legal Support Trust.

Sarah’s practice includes the operation of public law principles and the Equality Act 2010 and Human Rights Act 1998 within her core areas of practice.  She also appears regularly for, and advises, homeless applicants and public authorities in homelessness appeals, including second appeal and judicial review claims.

Sarah appears in the Court of Protection and has acted for the patient, members of their family and local authority.

Sarah has provided training in all aspects of housing law including homelessness, disrepair, anti-social behaviour, social housing fraud and possession.

Wandsworth LBC v Tompkins [2015] EWCA Civ 846 whether the use of the wrong form of tenancy agreement affected the statutory function being exercised by the local authority, and whether the tenancy granted was a secure tenancy, led by Jonathan Manning.

Doey v LB of Islington [2012] EWCA Civ 1825 drunkenness was normally an aggravating factor when considering sentence on a committal for breach of an injunction and confirmation of the applicability of the guidelines in Breach of an Anti-Social Behaviour Order (December 2008.

Banks v Kingston-upon-Thames RLBC [2008] EWCA Civ 1443 Sarah was the Junior in this case, which concerned the interpretation of Reg. 8(2) Allocation of Housing and Homelessness (Review Procedures) Regulations 1999) 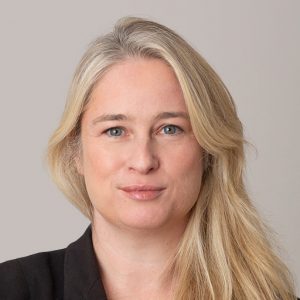