Much has already been written about his prodigious achievements and deep humanity. There has been little mention, though, of his remarkable work in Albania over the last 8 or so years, tackling judicial corruption and promoting the rule of law.

The Americans had previously sent senior US judges to Albania to attempt this, but they had received a frosty response, had no success and left, never to return. Sir Henry, however, applied himself to this daunting task with his customary vigour, wisdom and charm.  He visited the country at least 18 time building trust and forging deep friendships with lawyers, judges and politicians. One of his first tasks was training Albanian judges to write judgments; a completely novel idea to them at the time.  He then went on to oversee the drafting of the first code of conduct for the Albanian bar. He was able to win the trust and respect of everyone he met and to persuade politicians and the younger members of the judiciary of the need for change.

Sir Henry’s self-effacing modesty was such that he was astonished but delighted in May last year to be made a Knight of the Order of Skanderbeg, the highest Albanian award for a foreigner. The ceremony took place in London with the insignia being presented by the President of Albania whom Sir Henry had got to know when he was Minister of Justice.

It is a mark his extraordinary post retirement contribution to access to justice in the UK that Sir Henry’s work in Albania and the Balkans is little remarked upon and remains a footnote to the most illustrious of careers.

He never stopped his passionate advocacy for access to justice.  At the Annual Bar & Young Bar Conference on 4 November 2017 he received a rapturous reception for his speech on this subject.  John Critchley, Head of Chambers, witnessed the speech and spoke to him at lunchtime immediately after his public triumph:

“Sir Henry’s barnstorming speech was greeted with a spontaneous standing ovation from the Conference floor.  With characteristic modesty, he told me that he was so concerned with getting across his message that he did not notice this accolade until it was drawn to his attention by Andrew Langdon QC, then Chairman of the Bar and a fellow panel member.”

Sir Henry was also a popular and highly respected mediator.  As a former Chair of the Civil Mediation Council and Vice President of the Court of Appeal (Civil Division), he brought a wealth of knowledge and a significant weight of experience of the law to all his mediations.  Yet in typically humble mode, he rarely sought to impose that upon the parties.  Field Court Chambers were honoured to have been associated with him as a member of Field Court Mediation. 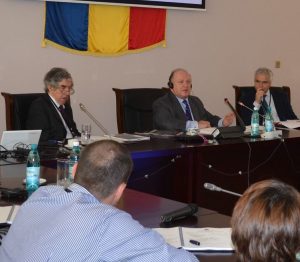