Christopher practises in the fields of matrimonial finance, commercial law, property law and probate and inheritance. These specialisms are built on a strong foundation of advocacy skills developed in a broad early practice that included extensive experience of criminal jury advocacy. He believes that strong advocacy and forensic skills remain the unique selling point of the Bar to the lay and professional client. He has an approachable and user-friendly manner and recognises the importance of commercial pragmatism in solving clients’ legal disputes. He regularly delivers specialist seminars.

He wrote two chapters in the 2nd edition of Cohabitation Claims published by Resolution in April 2019.

Christopher is able to accept instructions directly from members of the public within his specialist practice areas.

If you would like any further information regarding Christopher Stirling’s practice, please contact his clerks or call +44 (0)20 7405 6114.

Christopher also regularly advises and drafts ante and post nuptial agreements and separation agreements for both married and unmarried parties. He has lectured on this topic and recently made a podcast discussing developments in the law in this area.

As part of his civil practice Christopher is often asked to advise in relation to claims of professional negligence in respect of matrimonial proceedings.

Christopher practices in all areas of property law, including commercial and residential landlord and tenant, boundary disputes and easements, and in disputes as to the co-ownership of property under TOLATA. He has lectured on the House of Lords judgment in Stack v Dowden its application for co-owners both including and beyond the paradigm case of the co-habiting couple.

Christopher also has a niche interest in the charging orders jurisdiction and its overlap with other proceedings. This arises from his involvement in Kremen v Agrest (Chesnokov Intervening) [2013] EWCA Civ 41; [2013] 2 FLR 187

Commercial
Christopher’s commercial practice encompasses representing individuals and corporations on commercial contract matters including debt recovery, sale of goods, factoring and related company law matters. Christopher has a special interest in the interaction between contract and the economic torts and in particular the liability of directors for the contractual liabilities of their companies. Additionally Christopher acts in employment related contractual disputes including those connected to performance related bonuses.

Christopher’s probate and inheritance practice covers all aspects of wills litigation and includes the whole range of claims under the Inheritance (Provision for Family and Dependants) Act 1975. He also advises in relation to related claims such as those against Estates for proprietary estoppel.

Christopher’s practice encompasses all areas of both personal and corporate insolvency. He has a particular interest in the interaction of insolvency matters with other areas of law such as commercial disputes and matrimonial finance and in particular challenges to transactions as either being at an undervalue or as preferences. He is instructed by both private parties and trustees in bankruptcy in dealing with these overlap cases. He has lectured on many occasions on the specific application of insolvency to matrimonial finance. One of his lectures has been broadcast as a podcast on the Family Law Week website. 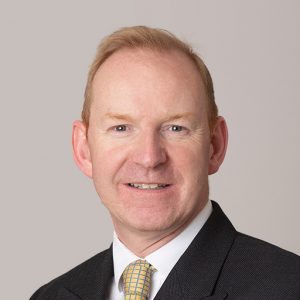