Head of Chambers since 2010
Bencher of Gray’s Inn

The hallmark of this work is its great variety, which has ranged from advising on the ownership of the physical property in the fossil of a dinosaur (for the Russian Academy of Sciences) to a case concerning title to the physical property in certain letters written by the late Princess of Wales (for James Hewitt). In addition to representing or advising corporate media rights owners (from television broadcasters to music publishers), periodicals (from The Guardian to The Lawyer) and the like, he has advised or represented many prominent individuals.

If you would like any further information regarding John Critchley’s practice, please contact his clerks or call +44 (0)207 405 6114.

John undertakes general business-related litigation, which frequently straddles the traditional Chancery/ Commercial/Common Law boundaries. He has been instructed on behalf of many different companies and individuals, from charities to dotcoms and from lenders (bank/building society) to borrowers.

He is also instructed on behalf of institutional funders of litigation, as diverse as the Police Federation of England and Wales and the National Union of Journalists.

In the past John has represented many prominent individuals, including:

John has broadcast on TV and was invited to appear at the Radio Festival 2000 in Glasgow to present a courtroom drama (with Nicky Cambell and others) ‘Guilty as Branded’, addressing branding issues in the media.

He has also provided continuing education talks to solicitors & others on Media & Entertainment subjects. 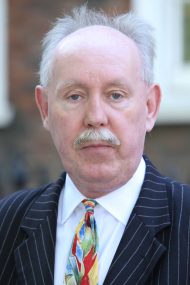