Jonathan’s practice covers public and local government law including cases heard in the Court of Protection. He has experience in healthcare law, particularly where public law and best interests issues arise.

Jonathan is regularly instructed to advise public sector senior executives in complex cases. He also has experience in commercial disputes, other civil disputes and family law.

He is Head of our Public Law Group.

In October 2018, Jonathan appeared for the respondent in the Supreme Court in D (A Child) UKSC 2018/0064 which concerned the conditions for a deprivation of liberty of a young person aged 16 or 17.

Jonathan has experience in a wide range of disputes between companies and individuals. His cases include: representing a company director in proceedings in the High Court and in proceedings in the Court of Appeal involving a group of banks where the director sought to pierce the corporate veil and representing company directors in claims relating to guarantees of company liabilities.

Jonathan has represented business clients in numerous commercial and contractual disputes. He has experience in negotiating settlements and resolving disputes in a cost effective way which achieves a favourable outcome for his clients.

Jonathan responds quickly with commercially focused advice and can obtain without notice and other forms of interlocutory orders.

Jonathan’s family practice covers all aspects of Child Law, including care proceedings and child abduction. Jonathan has represented local authorities, parents and guardians in care proceedings including complex cases involving allegations of sexual abuse and non-accidental injuries. He also has experience in ancillary relief, including cases where the Serious Fraud Office seek a criminal confiscation order in relation to matrimonial assets. His work also includes related areas such as public interest immunity.

Jonathan has been instructed in a considerable number of professional negligence cases, mainly acting for solicitors in property and personal injury related disputes.

Jonathan has been instructed extensively in personal injury cases, both claimant and defendant.

Jonathan has lectured on loss of chance in professional negligence claims and personal injury claims. 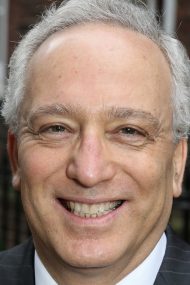