In attempting to purchase a vacant unencumbered property, without itself relying on the funds of a mortagee lender, Dreamvar fell victim to identity fraud.

Breach of trust by Buyers solicitor

Mishcon de Reya (MdR) was found to be liable for breach of trust. Railton J accepted MdR and the “seller’s” solicitor had acted honestly and innocently.

What this case means for conveyancing solicitors

It has been reported that permission to appeal the MdR decision was granted in January, 2017 (Law Soc Gazette, 30th January, 2017).

In the meantime Railton J’s decision leaves conveyancing solicitors in the following position:

MdR’s entitlement and obligation to pay away the purchase monies when received from Dreamvar depended on the terms of the authority and instructions given to it by Dreamvar [84]. Railton J found that, a term was implied into MdR’s retainer that:

[91 it would only release the purchase monies received by it from Dreamvar on completion of the purchase of the Property, and “completion” in this context meant a genuine completion.

In the Defendants application under section 61 of the Trustee Act 1925, for the breach of trust to be excused, although the MdR had acted reasonably, in exercising his discretion Railton J said that MdR was (with or without insurance) far better able to meet or absorb the effects or consequences of the breach of trust than Dreamvar.

No breach of trust by fraudulent “seller’s” solicitor

Breach of trust was not found against the sellers solicitor [114].

Law Society's Code for Completion by Post, 2011 edition (the Code) paragraph 3 requires that the sellers solicitor “acts on completion as the buyers solicitors agent…pursuant to paragraphs 10 to 12”.

Railton J found that the seller’s solicitor was authorised to release the purchase money even when a completion was not genuine. At 112 Railton J said the Code’s recital provides that it is:

…intended to provide a fair balance of obligation between seller’s and buyer’s solicitors and to facilitate professional co-operation for the benefit of clients.

The provisions of the Code requiring the “sellers” solicitor to act as the buyer’s solicitors agent need to be seen in this light. It is expressly provided that the obligation to act as agent for the purchaser’s solicitor

…does not require the seller's solicitor to investigate or take responsibility for any breach of the seller's contractual obligations and is expressly limited to completion pursuant to paragraphs 10 and 12.

'The seller's solicitor undertakes: (i) to have the seller's authority to receive the purchase money on completion'.

Railton J found that Paragraph 7(i) of the Code did not mean that a practice whereby the purchaser's solicitor had not, as a matter of course, sought an undertaking from the vendor's solicitor that it had taken reasonable steps to establish its client's identity had been unreasonable or illogical (see [72]-[74] of the judgment).

In Penn v Bristol & West Building Society [1997] 1 WLR 1356 (CA)(Penn) Waller LJ found that a vendors solicitor’s warranty that he was duly authorised on behalf of the vendor was given not only to the purchaser but to the building society.

In Dreamvar, Railton J distinguished Penn. At 165 Railton J said that in Penn, it appears to have been common ground that the solicitor warranted to the purchaser that he had the authority to act on behalf of the vendors of the property, Mr and Mrs Penn .

The primary issue on appeal was whether that warranty had been given to the purchaser’s building society as well, and it was held that it had.

…an agent does not, simply by acting as agent, represent that his principal will perform the contract or is solvent or make any other representation as to the principal's attributes or characteristics. The court should not imply a warranty of authority which has an effect going beyond the basic representation, save where it is clear that the necessary promise is properly to be implied.

In P&P the buyer failed in claims for breach of warranty of authority and negligence against its solicitors and estate agent. Robin Dicker QC, ruled that while solicitors’ checks were designed to reduce the risk of fraud, they could not reasonably be thought to eliminate it. The question of title was primarily a matter for the solicitors instructed in relation to the purchase.

Railton J at [171] distinguished an express warranty from one sought to be implied:

An express undertaking is however of a different nature to what can properly be implied, and the fact that some solicitors are willing to give such undertakings does not mean that they are willing to assume such responsibility in the absence of an express provision. Indeed, on one view, the perceived need for an express warranty might indicate an assumption that the same responsibility was not otherwise undertaken implicitly.

In the absence of an express warranty or undertaking, at [173] references to

the “seller” in paragraph 7(i) of the Code and the Completion Information and Undertakings form do not in this case amount to a reference to the registered owner of the Property, but only to the person purporting to sell it.

To imply a warranty into a contract, reliance was required by the promise as consideration. Judge David Railton QC in Dreamvar was influenced by evidence of the Defendant’s conveyancing solicitor that [175]

…she did not expect a vendor’s solicitor to assume a contractual obligation that its client was who he said he was. She would not expect any such warranty to be given, if sought, and that anything in relation to the client’s identity which was warranted by the vendor’s solicitor would, in her view, be so watered down as to be worthless. Consistent with this evidence, she did not assert that she understood MMS to be warranting that its client was the registered owner of the Property. Nor did she assert that she relied on any such warranty in carrying forward her instructions as to the purchase of the Property for Dreamvar. In my view that evidence is fatal to the claim for breach of warranty in the first way it is put.

In the context of interpreting the Law Society Code, Railton J [118] examined a line of cases concerned with solicitors obligations to lenders to secure the genuine execution of mortgage documents, and said:-

..clear words would be expected if an obligation were to be placed on a solicitor which had the effect of placing on it the risk of the transaction being a fraud

all appropriate documents will be properly executed on or before completion

in such a case the solicitors who knew nothing of the vendors could seek an identical undertaking (in respect of the transfer or conveyance) from the vendors' solicitors; and if the undertaking was refused, they would be on inquiry.

At [131] Railton J cited LSC Finance Ltd v Abensons Law Ltd [2015] EWHC 1163 (Ch), where HHJ Hodge QC held that the undertaking given by the solicitor required a genuinely executed legal charge by the real owner of the property. He quoted Lord Woolf in Midland Bank v Cox McQueen [1999] PNLR 593 at 603A-B, where the words “properly executed” were absent in the solicitors undertaking to the lender. Distinguishing Zwebner  Lord Woolf said:-

the decision in Zwebner should not be given a wide application, and that if commercial institutions such as banks wish to impose an absolute liability on members of a profession they should do so in clear terms so that the solicitors can appreciate the extent of their obligation which they are accepting.

We confirm the execution of ... the first legal charge by the Borrower in favour of LSC over the Property.

In that case HHJ Hodge QC said [quoted at 145] there was no material difference between a requirement to have a “validly executed security” and a “properly executed security”. He regarded the words of the undertaking as being important to his conclusion as to the identity of the person who was to execute the charge over the property, namely (as he found) the real Mrs Boddice.  A validly or properly executed charge could only be granted by the person who was the owner of the relevant interest in the property. On this approach, descriptive words of this nature may be relevant not just to the absolute nature of the obligation undertaken, but also to the identification of the person from whom the security is to be taken.

At [146] Railton J commented on the words “properly” or “validly” which were not used as a description of the quality of the execution of the TR1 to be provided by the seller.

The fact that undertakings including such words are agreed by solicitors acting for borrowers, does though cast further doubt on the views which have been expressed in some of the cases as to the likelihood of solicitors ever being willing to accept an absolute responsibility in respect of the identity of their client as the registered owner of the property in question. 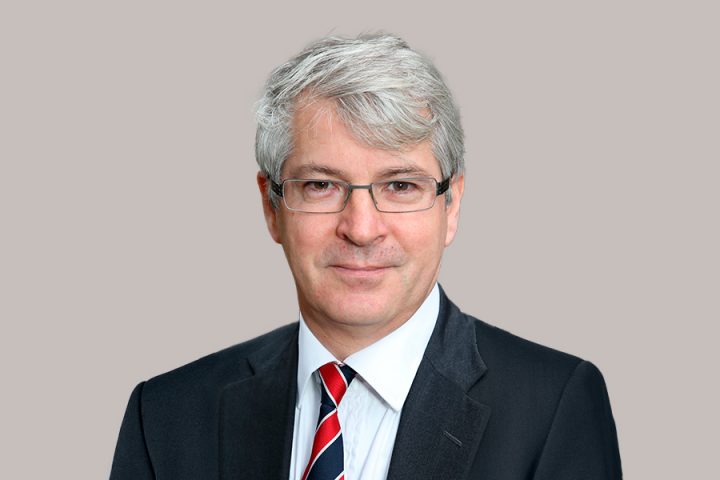