Genevieve Screeche-Powell represented the London Borough of Tower Hamlets which successfully defended its decision in a case concerning intentional homelessness and domestic violence.

The case involved the Court of Appeal considering an important point of legal principle about the correct time to assess whether it is ‘reasonable to continue to occupy’ accommodation.

In intentional homeless cases, the question of whether it is reasonable to continue to occupy the accommodation is considered when the applicant leaves their home. This case looked at exactly when the reasonableness of continuing to occupy accommodation should be judged if an applicant alleges a future risk of domestic violence.

This is the same question being answered when considering the deeming provision of s.177 (domestic and other violence).

Despite her eviction being for rent arrears, her case was that it was unreasonable for her to continue to occupy the property from which she was evicted because she was at risk of violence. The local authority had found that it was not probable her continued occupation would lead to violence. 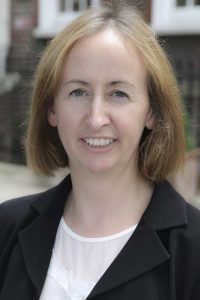 April 15, 2021
We are recruiting and welcome applications from talented barristers

We welcome applications from talented barristers with expertise in our core practice areas: Family, Housing, Property, Business, Public law and Court of Protection.