John McLinden is a versatile trial and appellate barrister who started his career in New Zealand (1975-1991) and has practised in the UK since.  He has appeared in and has been reported in a wide range of cases in both jurisdictions.

John accepts appointments as an arbitrator.  He is also a qualified Public Access barrister.  He is familiar with working with in-house solicitors and legal departments who appreciate his willingness to work on-site.

If you would like any further information regarding John McLinden’s practice, please contact his clerks or call +44 (0)20 7405 6114.

John has acted successfully in a wide range of direct public access cases for individual and corporate clients.  Examples of this work include:

John is sensitive to the problems and stress DPA clients have in navigating the often unfamiliar territory they find themselves in as litigants. He provides practical guidance and support and reassurance in order to help his clients carry out the role they have to assume.

The cases in which John has appeared recently have involved a wide range of issues and law.  Here are some examples.

Financial services: acting for a defendant director in complex multijurisdictional litigation in which claimant institutions sought to recover the value of significant investments managed by various defendants, alleging against the director amongst other things, misrepresentations, breaches of subscription and redemption agreements, acts of negligence and inducements to breach contractual obligations.

Banking disputes: (a) advising a claimant on the merits of challenging a proposed settlement facilitated by the Financial Conduct Authority, arising out of an interest swaps transaction promoted by a major bank; (b) successfully acting for a director and his company against a bank following suspension of the clients’ personal and commercial accounts, resulting in their inability to access very substantial funds.

Commercial fraud: (a) acting for a claimant lender and obtaining pre-and post-judgment freezing orders against a defendant director and various special purpose vehicle companies that had misappropriated loan monies in breach of trust and/or agreements in respect of various London property developments; (b) acting for a claimant contractor and obtaining judgment against a director and his companies for various misrepresentations and fraud arising out of a building contract.

Administrative Law/human rights/First Protocol ECHR: leading Mark Baumohl of Field Court Chambers in defending an application for judicial review of a local authority’s refusal to renew a market trader’s licence following her conviction for various offences arising out of the possession and sale of cigarettes from her pitch.

Professional negligence: successfully representing a solicitor threatened with removal of professional indemnity cover following the instigation of multi-party proceedings arising out of a high-value mortgage fraud.

Maritime Arbitrations: (a) acting as one of two arbitrators in a seller’s claim against the purchaser for demurrage/detention damages; (b) appearing for owners in a detention/damages claim against a charterer that denies the charter because the agent who purportedly acted for it had no authority to do so.

Inquests:  Representing the family of a young hedge fund professional killed when his motorcycle collided with street furniture in Northumberland Avenue, London. Under John’s direction an extensive private investigation revealed that in about 2002 passive safety street furniture throughout Trafalgar Square and environs had been replaced with rigid hooped steel signs designed to meet the aesthetics of a project known as “World Squares for All.” The changes had been effected by Transport for London. On completion of the project responsibility for the street furniture reverted to Westminster City Council. At the inquest the family criticised numerous aspects of the Council’s discharge of these responsibilities. The coroner ultimately rendered a judgemental conclusion founded on some of the family’s criticisms, and made a Prevention of Future Death report to which Westminster City Council was required to respond.  As a result of the incident, Westminster City Council has removed all similar street furniture in its jurisdiction.

Employment: advising a lecturer at a prominent educational institution on sensitive issues arising out of a complaint against him by a former student of historical sexual abuse

Pro bono: acting pro bono on many occasions. including assisting a student resisting a claim by a University for tuition fees despite the student having a medical condition that rendered her incapable of taking the course, assisting in various immigration and criminal cases, assisting a cardholder to defend a claim by an assignee of the original credit card company for an alleged outstanding balance on the card account, assisting with a PPI claim to the Financial Conduct Authority, and advising an investor in a business operated by her friend on how best to recover her monies. 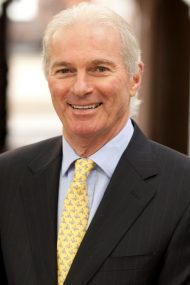