Reviewing a decision under section 202 of the Housing Act 1996 has become more onerous for local authorities. They now need to re-evaluate their available housing at the date of review to see if properties within or closer to their district are available as well as the allocation of such properties. Following the case of London Borough of Waltham Forest v Saleh [2019] EWHC CIV 1944, this has to be factored into a suitability assessment.

What was the case about?

The council appealed a decision of HH J Saggerson made on an appeal under s.204 of the Housing Act 1996.

Mr. Saleh applied to the council for housing in August 2014.  The council accepted that he was owed the full housing duty under s.193.  The council placed Mr Saleh and his family in emergency accommodation in Hackney which they occupied until October 2014 when the council secured temporary accommodation for them in Romford. In the meantime, Mr. Saleh’s daughter had begun school in Walthamstow.

In October 2015 Mr Saleh’s mother came to live with him at the property in Romford.  Mr Saleh then began to challenge the suitability of the accommodation on the ground that it was too small.  The council accepted this and in February 2017 offered temporary accommodation in the London Borough of Newham.  Mr Saleh accepted the offer but later in August 2017 he completed a “Disability and Health Questionnaire” on behalf of his daughter, S, and requested that his family be re-housed within the council's district so that they could be “as close as possible to [S's] school, family, friends and hospital”. S suffered from Type 1 diabetes which had on occasions necessitated hospital treatment.  She had also suffered episodes of incontinence during her journey to and from school.  Each journey took up to one hour.

On 26 October 2017 the council informed Mr Saleh that having considered the information in the questionnaire it still considered that the accommodation remained suitable for him and his family.  Mr Saleh requested a review of the decision under s.202 HA 1996.

The review officer concluded that she was satisfied that the accommodation in Newham was suitable for Mr Saleh and his family.

What the review officer did not consider was whether, at the time of the review, any suitable accommodation was available within or closer to the council's district.  Mr Saleh appealed to the County Court under s.204 HA 1996 on this and various other grounds including that the review decision was made in breach of regulation 8(2) of the Allocation of Housing and Homelessness (Review Procedures) Regulations 1999 or was otherwise procedurally unfair.

In his judgment following the hearing of the appeal, Judge Saggerson held that the failure of the review officer to consider the availability at the date of review of other suitable accommodation within or closer to the council's own district was an error of law which vitiated the review decision. But he rejected the ground of appeal based on an alleged breach of the 1999 Regulations or on procedural unfairness.

The council appealed against the judge's decision regarding the date for consideration of the availability of suitable accommodation and Mr Saleh challenged his rejection of the arguments based on the 1999 Regulations and procedural unfairness.

The Court of Appeal described the principal issue as being whether the need for the housing authority to investigate whether other suitable accommodation exists closer to or within its own district applies not only to the authority when it makes the original housing decision but also to the officer who conducts the review of suitability under s.202(1).

The court referred to its own decision in Omar v Westminster City Council  [2008] HLR 36.  The effect of that decision was that an applicant  who is offered accommodation outside the district may seek a review of the decision on grounds of suitability even though the power to place outside district (s208(2))  is not included in the list of reviewable matters under s.202.  A challenge on the decision as to whether it is was reasonably practical to provide accommodation within the district would need to be brought by way of judicial review. However a challenge based on the suitability of the out-of-district accommodation is within s.202.

The court observed that under the 2018 Homelessness Code of Guidance for Local Authorities paragraph 17.8 provided a continuing duty to keep the suitability of accommodation under review.

The court noted the council’s contention that the courts should be wary of increasing the administrative burdens on local housing authorities and that the guidance on location contained in [48]-[49] of the 2012 Supplementary Guidance (and now [17.47]-[17.48] of the 2018 Code) should be read as limited in its application to the time when the original offer is made.  The council had argued that if it is to be applied as part of a rolling review of the suitability of accommodation which has been offered and accepted then this would lead, to the accommodation moving in and out of suitability depending on the availability of alternative accommodation from time to time and make the task of local housing authorities administratively complex if not impossible and lead to obvious disruption.

The court had “some sympathy with the argument that the burden on local housing authorities should not be unnecessarily increased”.  But held that it was not possible to read [17.47]- [17.48] of the 2018 Code as limited in this way.

Nor had the council adduced any evidence to demonstrate that it would be impracticable or unduly difficult for the review officer to take into consideration the present state of available accommodation within its district.

The court was therefore concerned only with whether the review of an original housing decision involving an out-of-district placement (which clearly ought to take into account the availability of other suitable accommodation within or closer to the authority's district) similarly involves a consideration of whether other suitable accommodation closer to or within the district has become available as at the date of review.

The court found this point not to be free of authority and concluded that the court should treat the council’s obligation to review its decision to secure accommodation for Mr Saleh as requiring it to reconsider that decision in the light of all material circumstances at the date of review including the availability of suitable accommodation either within or closer to its district and the school which his daughter attended. 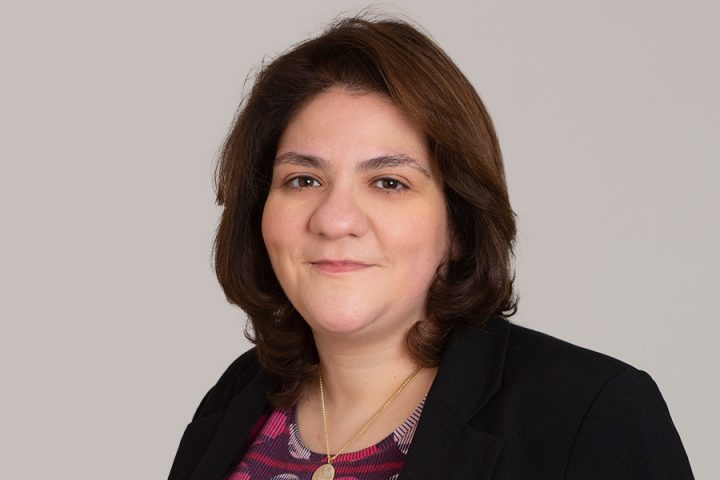