The litigation saga between Johnny Depp and Amber Heard played out daily on live TV stream in the USA. The verdict is in, and Mr Depp has succeeded, although, to a much lesser degree, Ms Heard has somewhat succeeded.

The saga has a prologue, one with which many casual observers in the US may be unaware, and that is the prior defamation case in the High Court, Queen’s Bench Division, heard by Mr Justice Nicol. You can read the judgment in that case on Bailii.

It is fair to say that the live stream of the permission application is less gripping than footage of the US proceedings. Although, that is to be expected given the nature of the application.

There is now an apparent dissonance between the finding in the UK case and the conclusion in the US case.

Essentially, the UK proceedings focused on whether there was truth in the article published by a News Group newspaper which called Mr Depp a ‘wife beater’.

He found that 14 allegations of incidents of domestic abuse (or ‘intimate partner violence’ as it is called in the US) relied upon by News Group were, essentially, true. Therefore the defence of the truthfulness of the description of Mr Depp as ‘wife beater’ was made out.

The Court of Appeal noted that issues of Ms Heard’s credibility had been raised by Mr Depp (paras 109ff of the first instance judgment). But there was a wealth of other contemporaneous evidence upon which the court could rely.

Nevertheless, the court did recognise that “in one sense the Judge’s conclusion involved him accepting that Ms Heard was a credible witness.”

Given that the English court concluded that Mr Depp is, in effect, a ‘wife beater’, you might wonder what reputation he now has. Of course, the English court's findings were kept from the jury in the US case.

However, in the US the jury concluded that the op-ed, attributed to Ms Heard “I spoke up against sexual violence – and faced our culture's wrath. That has to change.” referred to Johnny Depp and was defamatory.

Differences between the US and English proceedings

These are accepted diagnoses both in the Diagnostic and Statistical Manual of Mental Disorders-V [5] and ICD-10 (10th version of the WHO’s International Statistical Classification of Diseases and Related Health Problems). Assessment took place over 2 days, over a total of 15 hours and included an interview and psychometric testing, including the MMPI (Minnesota Multiphasic Personality Inventory).

The current edition of the manual, DSM 5, defines ‘histrionic personality disorder’ (I use this merely as one example of the 2 diagnoses) (in Cluster B) as:

[16] A pervasive pattern of excessive emotionality and attention-seeking, beginning by early adulthood and present in a variety of contexts, as indicated by five (or more) of the following:

[17] A personality disorder characterized by:

Clearly under either of these definitions of this specific disorder, the disorder may feature traits of suggestibility, self-indulgence, may have a style of speech that is dramatically impressionistic and lacking in detail and have exaggerated expression of emotions, whilst at the same time, may have shallow affectivity or rapidly shifting expression of emotions.

These may all impact on the impression a witness makes, and, to what is known as their ‘demeanour’ in court.

In the Family Court, there is often, at the heart of, for example, intractable disputes over children, which may sometimes lead to care proceedings, a party who is ultimately found to suffer from a personality disorder.

Sometimes, due to the nature of proceedings, there is rather, or instead, a jaundiced suspicion amongst professionals, Cafcass officers, lawyers and judges, that a personality disorder of some sort is at play, albeit undiagnosed.

Often, when an enquiry is raised about this, and an application under Part 25 of the Family Proceedings Rules is made for the psychological assessment of the entrenched party, it is either refused, or if it succeeds, there are difficulties in either getting the party to be assessed to engage with the assessment, or, if they engage, to accept the conclusions of the assessment, if a diagnosis of a personality disorder is made.

I am unaware whether Ms Heard accepts the diagnoses made in the present case. However, courts assessing parties’ evidence, particularly in the criminal and family courts, where issues of domestic abuse frequently play out, often must weigh evidence between 2 vying protagonists, typically a mother and a father, and, amongst other things, give themselves what is known as the Lucas direction:  R v Lucas [1981] QB 720 [as modified] see for example R v Middleton [2001] Crim.L.R. 25 Re H-C (Children) [2016] EWCA 139. Although reference to such a direction is not always necessary.

Essentially, save where certain preconditions are met, a lie cannot automatically be taken as evidential support for a particular case. But the direction is based, I would respectfully suggest, on the premise that the parties (witnesses) in question are all operating within normative ranges of cognitive / psychological functioning.

In one case I was involved in, the principal domain in which the delusion operated was concerning a perception of abuse being carried out by a separated parent upon the child in question. Also, in a subsidiary domain, namely that the person suffering the disorder had no insight or acceptance that they might have a disorder.

However, the treatment was successful and, as the medication took hold, the veil of delusional thinking incrementally disappeared and the accounts previously given by the party against the separated parent were recanted, and the diagnosis accepted.

This begs the question as to the approach the courts should take to evidence given where the witness is labouring under some form of mental dysfunction or disorder, which effects their ability to perceive or give a measured, or perhaps, fully reliable account, albeit there may be a kernel of truth within it.

In dealing with the credibility of witnesses, and the Lucas direction seems to be predicated on this, and hence demonstrates the overarching approach, courts by and large approach the issue from the standpoint that the protagonists, the witnesses, are operating within normative ranges of cognitive or psychological functioning.

However, psychology is shedding light on disorders and dysfunction that impact the capacity of certain witnesses to give, or appear to give credible testimony, and that limitation may, perhaps, only apply with respect to certain domains of perception/functioning. In the court of public opinion, it seems, Ms Heard was seen as not a credible witness in comparison to Mr Depp, but clearly Nicol J thought otherwise.

Sometimes they may be key witnesses, and sometimes their dysfunction may only by suspected and not known.

In short, I am merely positing questions about how courts should approach the treatment of witnesses, particularly where one has an identified relevant disorder, and, in the absence of one, whether courts can safely assume that everyone is operating within normative ranges of cognitive or psychological functioning.

I am not saying, we should treat someone with a disorder as necessarily less credible. However, the court may have to make allowance for the disorder / dysfunction, weighing that, and its attributes into the balance, when considering the overall impression a witness gives.

Also, shouldn’t courts be live to the possibility that the evidence being given may be impacted by dysfunction or disorder, as yet not ascertained or known?

That said, it would be interesting to know, and perhaps it will not be known, the impact on the jury of Dr Curry’s evidence, and the possible impact of such evidence on Nicol J, or a Family Division judge, hearing the case as a dispute between parties alleging and counter alleging domestic abuse.

I suspect, in the light of the detail of Nicol J’s findings, it would not have made a significant difference.

Since writing, the ICD-11 criteria have been published. 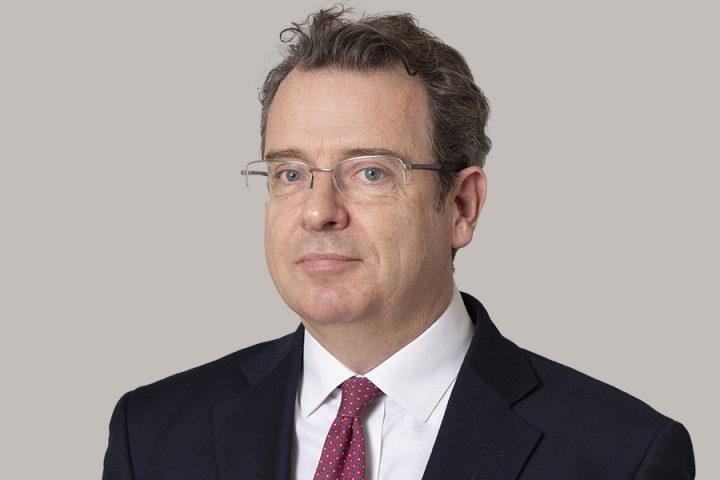